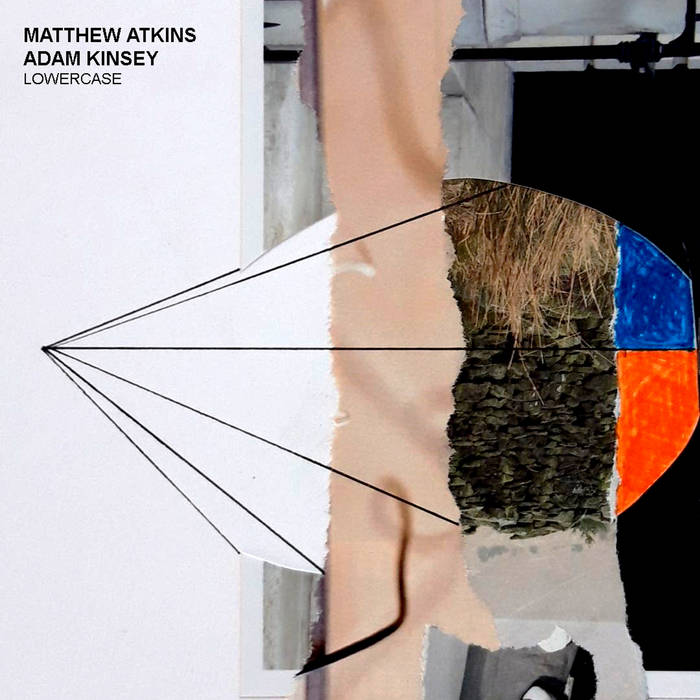 Adam Kinsey is a sound artist working with electronics whose interest is in improvisation and transmission arts. Adam performs sporadically in London at free improv events and has had solo work broadcast on transmission art platforms such as Radiophrenia Scotland.

Adam curates a slow, meandering and largely directionless project called Desire Lines which includes a Threads Radio show, live events and releases. Adam is one half of Littoral Transmissions who broadcast work regularly on Resonance Extra and Threads Radio as well as performing live at a range of venues, festivals and events.

Matt Atkins is a London based sound and visual artist whose principle interests are reductionism, chance, repetition and texture. He uses objects, percussion instruments, occasionally a laptop and cassette recorders to create sound collages in both the recorded medium and live, usually in collaborative performances. He is a regular attendee of Eddie Prevost’s London Improviser’s Workshop.
He has recently released his work on the labels Falt, Midnight Circles, Invisible City Records, and TQ. He also runs his own label, Minimal Resource Manipulation, whose back catalogue is included in the British Library’s sound archive as well as playing drums in Crumbling Ghost, Newts and Smallgang.

Lowercase documents a collaboration between British sound artists Matthew Atkins and Adam Kinsey, both of whom are quite active in London’s experimental music and improvisational community. The name of the CD evokes common traits of the titular genre, which often features an emphasis on silence and purposefully sparse composing, but the vivid constructions conjured by Atkins and Kinsey don’t feel restricted by any such constraints. The colorful two thirds of an hour of Lowercase bubble and boil through evolving mixtures of tactile object interplay, fragile granular textures, and field recordings coated in varying amounts of manipulation. The release situates itself in a sound-world that is consistently calming and always a bit familiar, but the two artists never neglect to push this envelope of comfort closer and closer to the breaking point, bending and twisting and stretching the elements they introduce into increasingly elusive configurations. The ever-present balance of the tangible and the detachedly synthetic, the distorted tape groans that conclude part one, the immersive but almost uncomfortably intimate stereo space… it all materializes into an abstract musical language that never quite lays all its cards on the table.
-Noise Not Music zine

Obtained from Matt Atkins in person at a concert at Hundred Years Gallery in Shoreditch earlier this year where Atkins performed in a trio with Brigitte Hart and John Macedo. Minimal Resource Manipulation is Atkins own imprint and is named succinctly after the situation most non-mainstream musicians find themselves in these days. LOWERCASE is an ironic title given that most of the gathered material here is fairly maximal in nature and a far cry from the early 2000’s New London Silence, Berlin Reductionism and indeed lower case music championed by London’s Sound 323 record shop and others. Perhaps this is simply a reference to a scene that Atkins and Kinsey love. But here, the duo break down the ideas and techniques associated with so-called lower case music and reassemble them in relatively dynamic and “in-your-face” ways.
There are two pieces on the disc; “Part One” feature grubby tape record heads and broken twigs while small motors molest crockery. A vaguely gothic synth-drone loops for a while, the musicians shuffling about, rubbing various utensils against multiple surfaces. Then, close mic’ed patterings emerge before someone begins turning the platter of a record deck backwards by hand so that the lp lurches drunkenly through the frequency spectrum. “Part Two” plays around with the ticking of insects, transducer hums, filter sweeps, a stylus sticking in a run out groove. Later, reverbed IRCAM homages swoop about like pitchshifted bamboo chimes or gaseous tubes vibrating.
It transpires that these are two live improvisations made utilising laptop and modular synth, the recordings mastered by Phil Julian. Expert sound-making - which I very much enjoy listening to - of a stripe that many musicians are dabbling with these days. But it seems to me that the real challenge is to make something bigger than the sum with these components. I include myself in that. LOWERCASE is a great example of these two musicians’ work. I’ll be keeping an eye on their future output.
-Paul Khamisia Morgan, Honest Music For Dishonest Times blog

blog.navelgazers.co.uk/2020/05/matt-atkins-adam-kinsey-lowercase.html
-Interview with Andrew Ciccone for his blog Navel Gazers

MRM is a DIY label for experimental music curated by Matt Atkins, a London based sound and visual artist whose principle interests are reductionism, chance, repetition and texture. He uses objects, percussion instruments, occasionally a laptop and cassette recorders to create sound collages in both the recorded medium and live, often in collaborative performances. ... more

Bandcamp Daily  your guide to the world of Bandcamp

Cannibal Corpse's George "Corpsegrinder" Fisher stops by for an interview